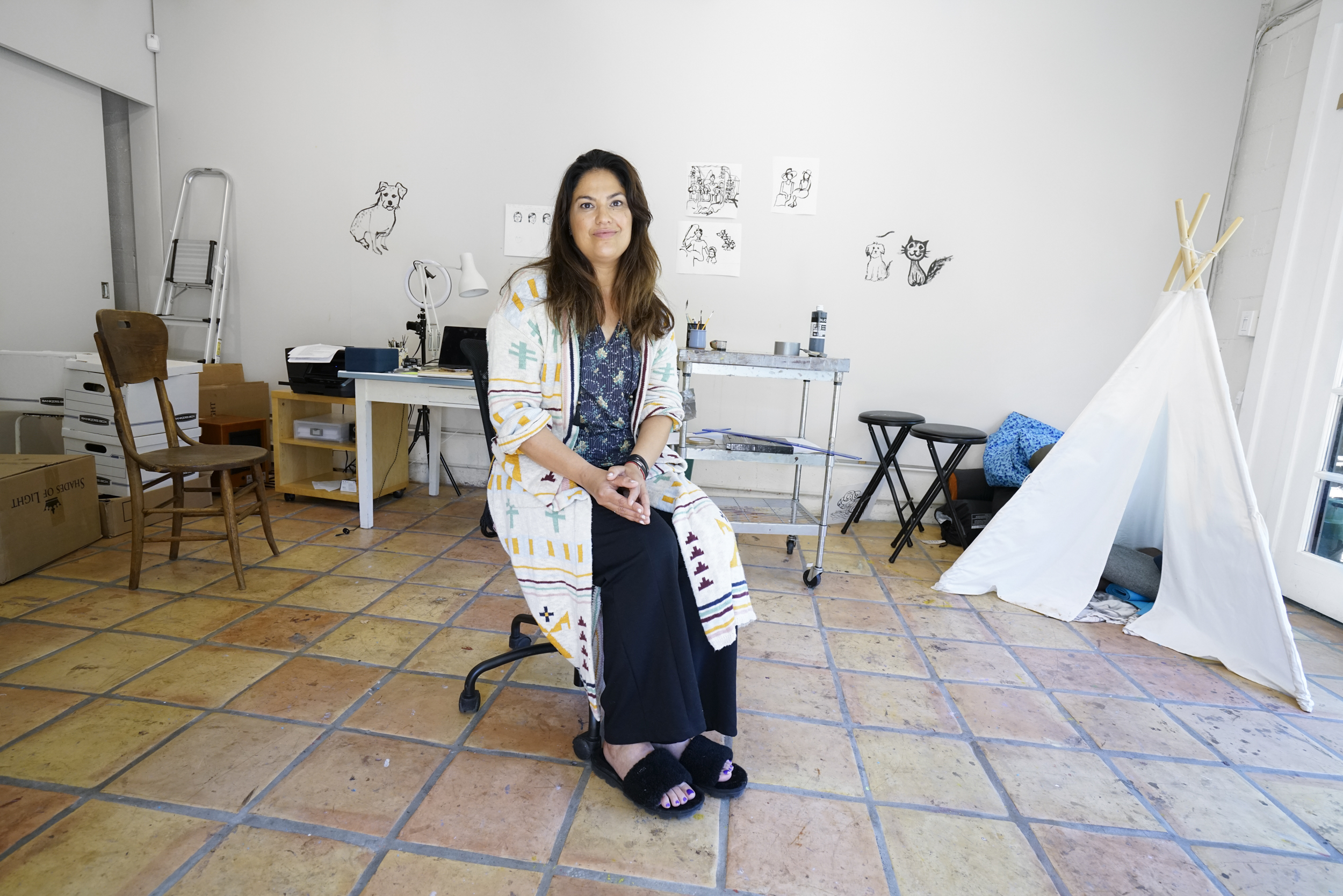 Emily Bowen Cohen is a writer and visual artist. In 2022 she was Jewish Book Council’s inaugural Writer-in-Residence and part of The Peleh Fund Residency. Her graphic novel, Two Tribes, will be published August 2023 by Heartdrum, a Native-focused imprint at HarperCollins. Emily’s background informs her passion for creating complicated Indigenous characters. She is a member of the Muscogee (Creek) Nation and grew up in rural Oklahoma. Her father was the Chief of Staff at their tribal hospital and her mother is a nice Jewish girl from New Jersey. After her father’s early death, she was separated from her Native family. A decade later, she returned to Oklahoma for a bittersweet homecoming. She’s been writing and drawing stories about the weirdness of being Indigenous in America ever since. Cohen is best known for her memoir-style comics including her book An American Indian Guide to the Day of Atonement, in addition to several other published essays, such as My Sioux-kot and Visiting National Parks While Native.