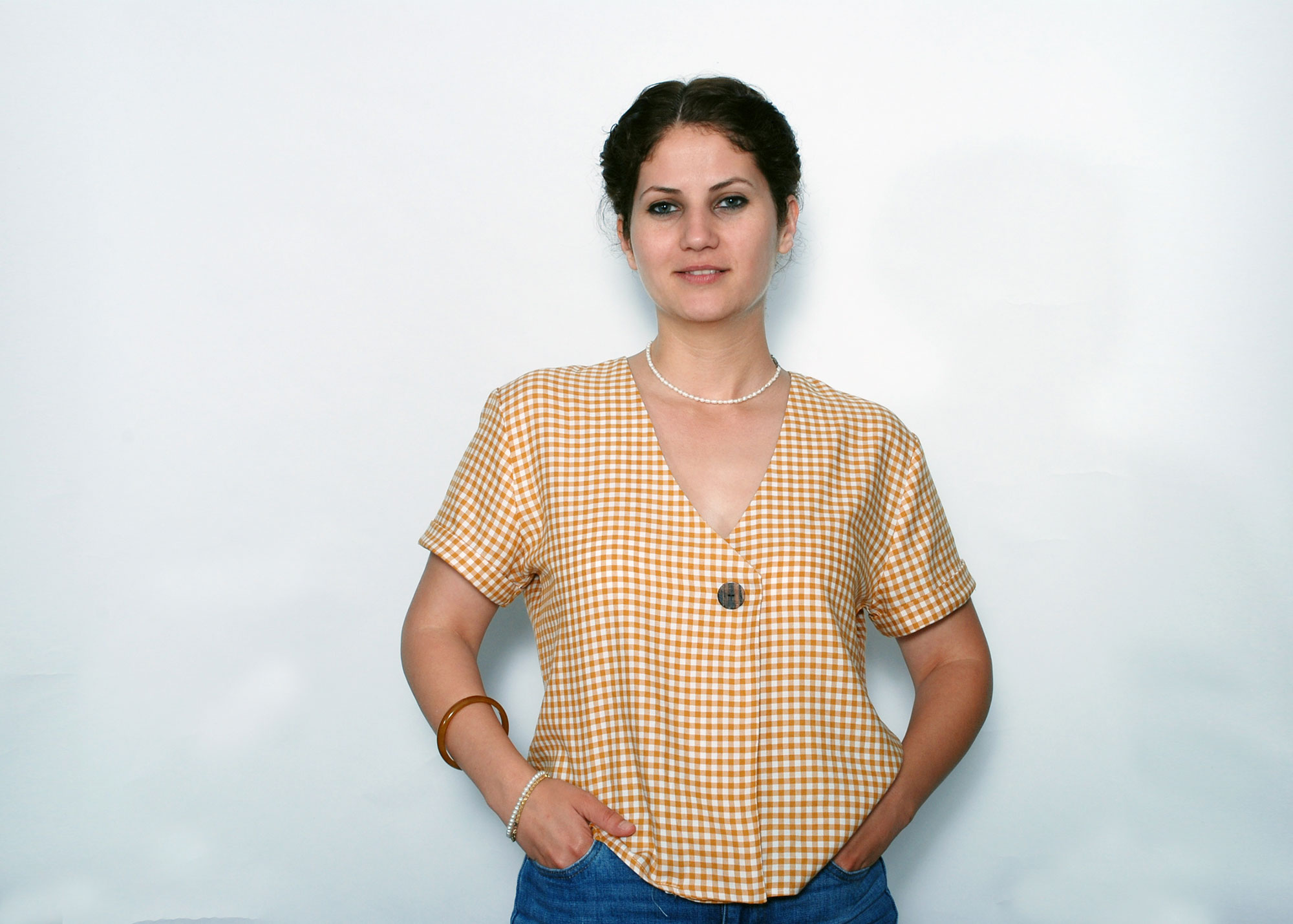 Fatma Shanan is a visual artist. She lives and works in Tel Aviv. Shanan focuses on realistic, large scale painting, mostly in the technique of oil on canvas. Her works are characterized by a theatrical and enigmatic view on scenes, whose participants belong to the various circles of her life, especially surrounding Julis, the Druze village where she was born and raised. Her art strives to deconstruct firm definitions concerning painting as well as gender and national and ethnic identities and to suggest more fluid definitions that can flow through different realms. In her recent paintings, Shanan harnesses her own body to the depicted image, while the connections between body, gender, space and place-making become more and more prominent in her work. These connections are expressed mainly through the image of rugs, which she considers as heterotopic zones: it is a defined object which is taken out if its original context, and can be subversively placed anywhere and anytime in order to create a new location of self-expression

Shanan was the winner of the 2016 Haim Shiff Prize for Figurative-Realist Art awarded by the Tel Aviv Museum, where she exhibited solo in the summer of 2017. She has also exhibited solo at DITTRICH & SCHLECHTRIEM Gallery, Berlin (2019), and exhibited at the Armory show in New York City in 2019. Shanan’s work has been included in group shows at such venues as The Israel Museum, Jerusalem  (2019); the Eretz Israel Museum, Tel Aviv (2019); The Museum for Islamic Art, Jerusalem (2018); and the Art Dusseldorf international art fair (2018); among others. Shanan has received several other awards and scholarships for her artistic achievements, from such institutions as Artis (2016.2017); Israel’s Ministry of Culture (2017, 2014), Asylum Arts (2017) and Israel’s Pais Culture Council (2016, 2014, 2013). Shanan has participated in residency programs at Residency Unlimited, New York (2018); Peleh Fund Residency, California (2017-2018); and Artport Tel Aviv (2016-2017).

Fatma Shanan reflects on her time at the Peleh Residency