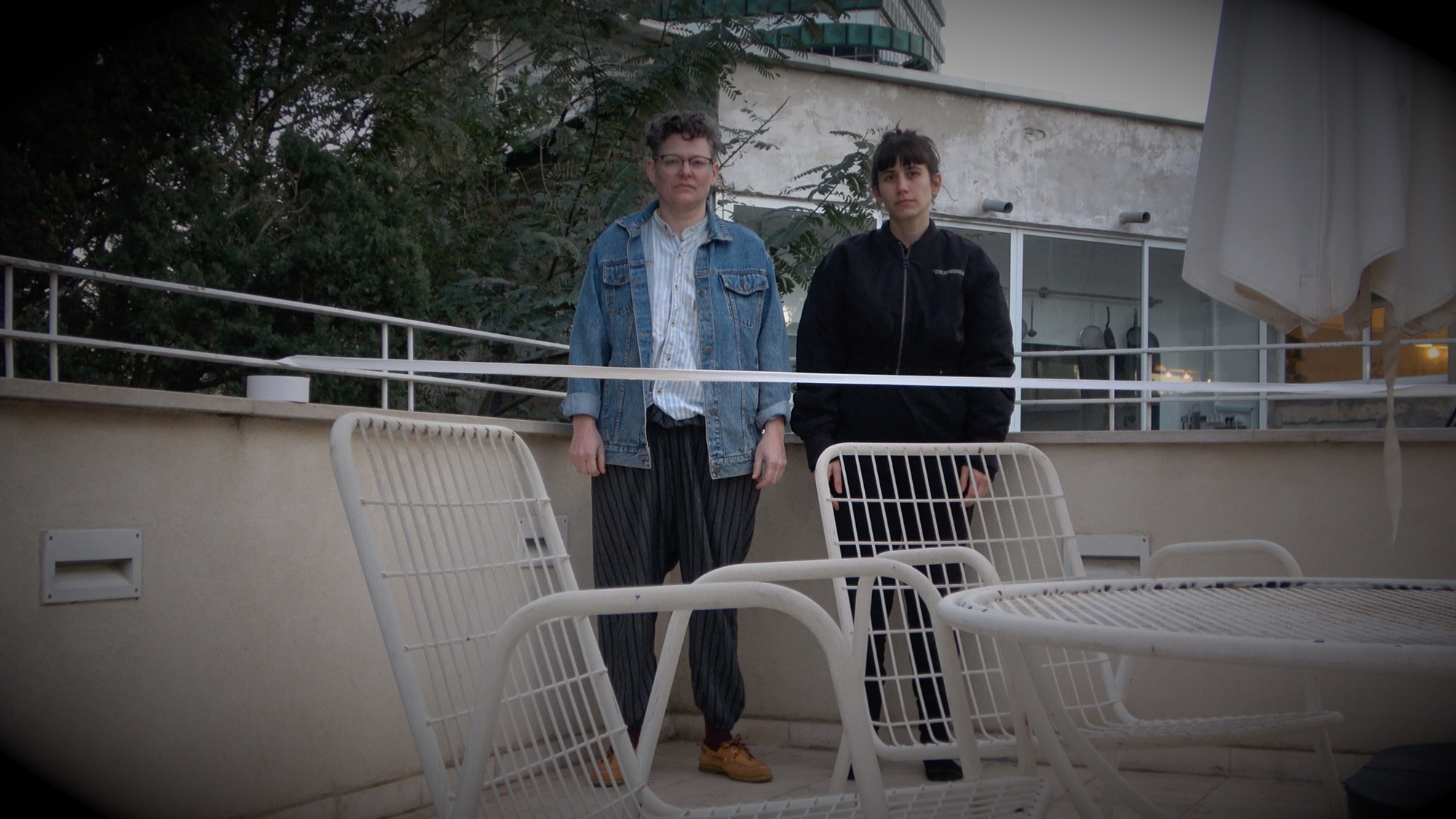 In her essay, Shasha Dothan recounts her experiences as an immigrant to the USA and how her negotiations with this process resonated with fellow artists. Shasha curated “A Tourist In Your Own Home,” an online exhibition now on view at MCLA gallery 51.

Moving to the USA 5 years ago opened me up to people from so many different cultures that I never would have met while living in Israel. When I was invited to curate an exhibition at MCLA gallery 51, I immediately began thinking about the themes of immigration and home. Coming from Israel my work was all about suicide bombers, looming memories of the holocaust, the occupation and militarized society. Currently, American images are more often finding a place in my work. I’ve seen my art evolve and my inner world shift in response to this new place in which I’m a foreigner.

I wanted to curate an exhibition composed of video works by immigrant artists, showcasing different experiences and points of view. Together, I thought we could explore what it means to be an immigrant to the USA in 2020. Covid-19, Donald Trump’s actions against immigrants and Black Lives Matter protests included. I asked the artists to tell a complicated story about where they came from and where they are today. Each of them is from a different country, all places I have never been to. I wanted to get to know their unique perspectives on being an immigrant through their own personal voyage.

Each of the artists asks the question of what it means to connect to a new land as opposed to the country they left behind. Working with video gave the artists the option to be online and in a non-specific place while still within the sphere of an American gallery. The works all talk about a place, a home, but they cannot be pinpointed to a physical location. They exist with their counterparts in the virtual world we have all become accustomed to this year. I decided to call the show A Tourist In Your Own Home, because I was thinking about this year as being confined to our houses almost all the time, and yet not really feeling these walls are home.

My first solo show in Israel was titled A Tourist In My Own Country. The feeling of being a tourist travels with me during the many years of looking for a place to feel at home. A place that will let me be “liberated not trapped,” as Shirin Bolourchi and Ali Azhari who emigrated from Iran say in Synesthesia Immune, the video they created for the show, which addresses the tension between the memory of the country you were born in and the longing for it to be different for you. Tania Zaidi was born in Pakistan. In her video Glass Tower, she talks about choosing the hard life of an immigrant leaving her family, mother tongue and native vista behind in order to create art. For some artists in the show, it’s a choice to become an immigrant, but for others, it’s not. Costa Rican born Marton Robinson’s work, Moskito Men in Moskito land, looks at how the emigrant is being “welcomed” into the new land from multiple points as his work narrows in on an area where the remains of an ancient black slave ship was found. Jisoo Chung, who emigrated from Korea, created a video work titled Deliberate Marking, Oblivious to Itself, But to Sing, to Sing, Very Softly. In it, Chung draws a map of Los Angeles across her body. She finds herself lost in LA under the circumstances of a global pandemic, political turmoil, racial violence, and her own immigration process. All leaving their impact on her body. In my video, 14 Days, my love for an American woman interacts with my feelings towards the country I was born and lived in most of my life.

A Tourist In Your Own Home captures artists from different cultures who want to speak about where they came from but find themselves sucked into the American discourse. It seems that we are all trying to find a path between assimilation and adaptation while fighting to bring new and different voices into the American art and art conversation.