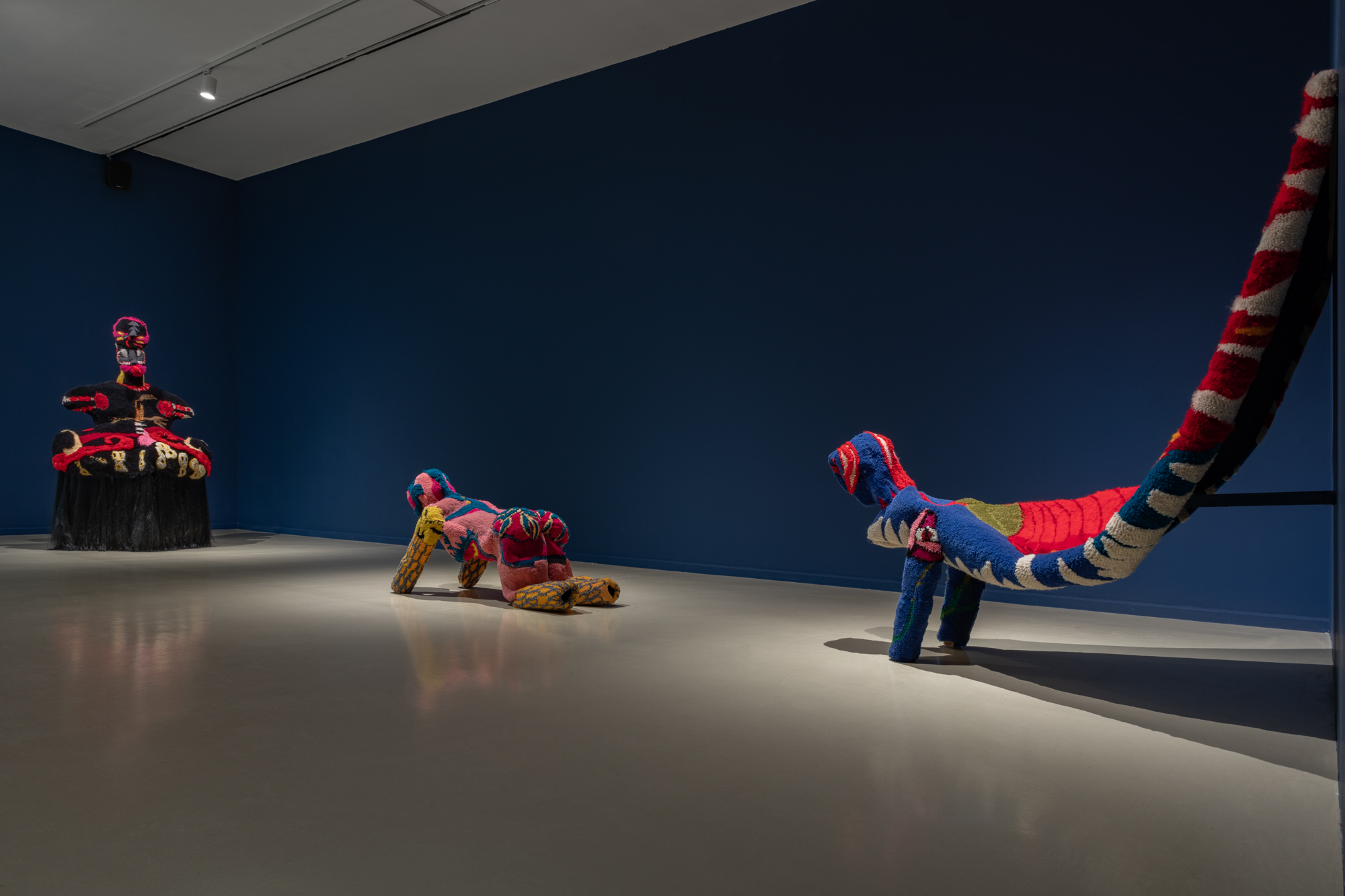 In this feature, visual artist Anna Perach reflects on identity and immigration and how the past year informed her practice and the creation of the works for her solo show at the Herzliya Museum –  The Moon Prophecy.

The 31st of July 2021 marked two ‘firsts’ for me. A solo exhibition in Israel and an institutional show. As an artist primarily based in London for the past seven years this has been a very special opportunity for me to showcase my work in front of an Israeli audience as well as family and friends whom I haven’t seen since the pandemic began.

Growing up in Israel as a child immigrant from the Soviet Union there was always a sense of tension in my ability to feel part of what I considered to be Israeli. This manifested in an internal struggle for cultural identity, and others’ reflections about my expected social role. My experience of immigration to the UK in 2013 as an adult once again confronted me with detachment and loss of a familiar self. As an art practitioner the revisited feelings of isolation, displacement, and disguise became a stimulus for my work.

Covid-19 circumstances created a sense of uncertainty in the preparations for the exhibition at Herzliya Museum of Contemporary Art and the recurring theme of detachment took a more prosaic turn as I was unsure of my ability to travel or ship the works for the show. It’s only through the generous support of the Museum’s team and  Fireflies Project’s expertise that it was made possible. The uncertainty of the show mirrored the uncertainty of not knowing when I will be able to see my family and friends in  Israel and the nature of the encounter with them. The distance caused the pandemic on top of an existent examination of my cultural identity became a ‘shadow’ (in Jungian terms) in the formulation of the work for the show alongside the more conscious themes of folklore, femininity, and craft.

The show’s title, The Moon Prophecy, refers to a biblical prophecy, anticipating the apocalypse after the appearance of five blood moons. The story resonated with me as I  experienced the last decade or so as a time when familiar Western structures seem to gradually collapse and a new world begins to form. The Moon Prophecy presents a  glimpse of the world-to-be. A world directed by fluidity, transformation, and multitude of meanings that in my mind are also synonymous with femininity. In this world, three figures  (Dorothea, Rusalka, and Luna) inspired by primal deities are brought to existence by the traditional carpet making technique of tufting. The domestic material and the craft of the work point one to think of the domestic sphere as the arena in which this new world is being formulated.

In relation to my above thoughts on immigration, detachment, and identity in a time of a  global emergency I suggest to think of the space created in The Moon Prophecy as a  space of longing for attachment and home where the unexplained, unknown, and magical occurs.

Read more about the works and exhibition HERE.