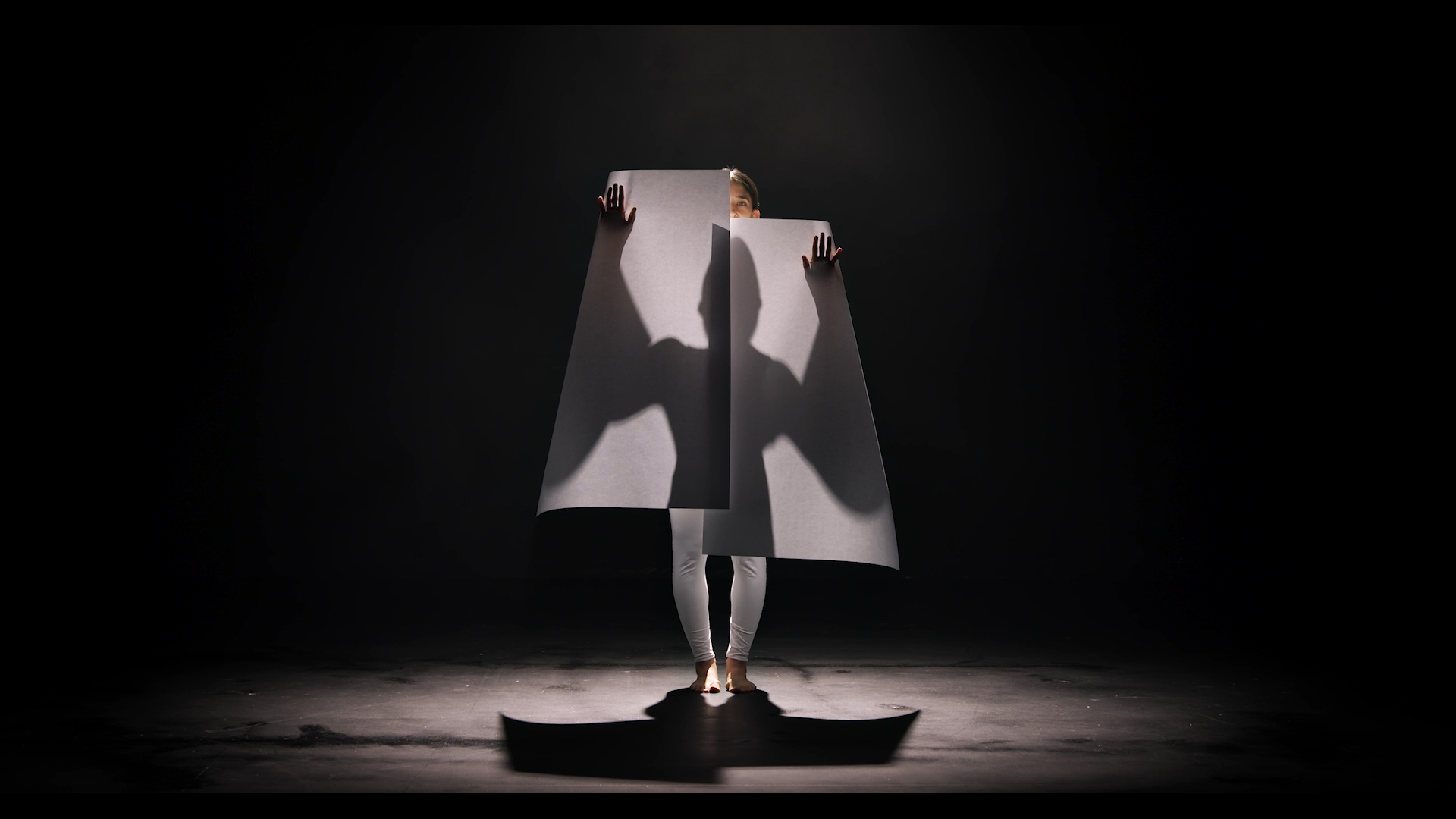 Hilla Ben Ari, The Voice that Calls to Itself, photo: Uri Ackerman

In her solo show The Voice that Calls to Itself, Hilla Ben Ari explores questions regarding the body, identity, otherness and trauma through a dialogue with Moshe Reifer’s paper cuts. In this feature, she shares with us the research and discoveries she encountered while creating the video installation.

The Voice that Calls to Itself is a new chapter in a series of artistic tributes I have created in recent years, where I engage in a dialogue with the works of forgotten Israeli artists that were active in a variety of disciplines. The current project is a tribute to artist Moshe Reifer and consists of a multi-channel video installation in which I explore questions of body, identity, otherness, and trauma.

Moshe Reifer (1907-1985) was born in Poland and raised in a traditional Jewish family. He immigrated to Israel in 1926 and with the encouragement of Haim Nahman Bialik (Israel’s ‘National Poet’) studied at the Bezalel School of Arts and Crafts. From 1948 until the end of his days, Reifer lived and worked in Kibbutz Yagur. Throughout the years, he created thousands of papercuts and developed a unique and cohesive language, but never received due recognition for his work.

Having been born and raised in Yagur, I was aware and remember Reifer’s dark papercuts, though I didn’t regard them as a part of my artistic origins. Five years ago, I recalled his figure and started to research his work. In the early stages of my search, I got to meet Yael Hoz, a papercut scholar, who for over a decade conducted extensive study of Reifer’s works. This study was supposed to be published in a book at the time, however, due to insufficient budget it was shelved 25 years ago. Through Yael, I was exposed to the multiple layers of Reifer’s oeuvre, to the traumatic events he experienced in his life, his ongoing struggle with schizophrenia, all of which were evident in his work.

Reifer’s body of work is characterized by a set of images charged with personal and philosophical dimensions, with strong ties to Jewish mystical ideas. One such series of papercuts included only several letters from the Hebrew alphabet, that were repeated in many versions. This repetitive and “missing” alphabet inspired the way I examined states of detachment and connection within the choreography in my video work and the disruption of linearity in the installation. This broken sequence also formed a sonic inspiration for the sound work, especially written for the project by composer Yoni Niv.

Another source of inspiration is a unique theatrical improvisation that Reifer created in the 1930s in which he performed as a figure trapped between repeated attempts of soaring and collapsing. I felt that this performance, which also appeared later in his papercuts, is connected to my practice and ongoing research into the intersection between visual art and performing arts.

In my previous video works from recent years, the body is suspended in near impossible posture and appears almost frozen. In this project, the effort of holding it up is present alongside its consistent failure to do so. The range of motions has expanded and includes choreography of body, paper, and light. The paper, which is a central material in Reifer’s work and a significant component in my works in various media, became part of the corporeal choreography, emphasizing the tension between strength and lack of volume. The light that can shape, expose or injure in Reifer’s work also resonates in the video through the changing states of the stage lights.

The installation creates a space without any separation or clear boundaries between the performing bodies and the spectators. Wandering around the space amid the large-scale double-sided screenings, viewers can get close to and surround the projected figures, and may experience affinity and intimacy with the body and the story it tells.