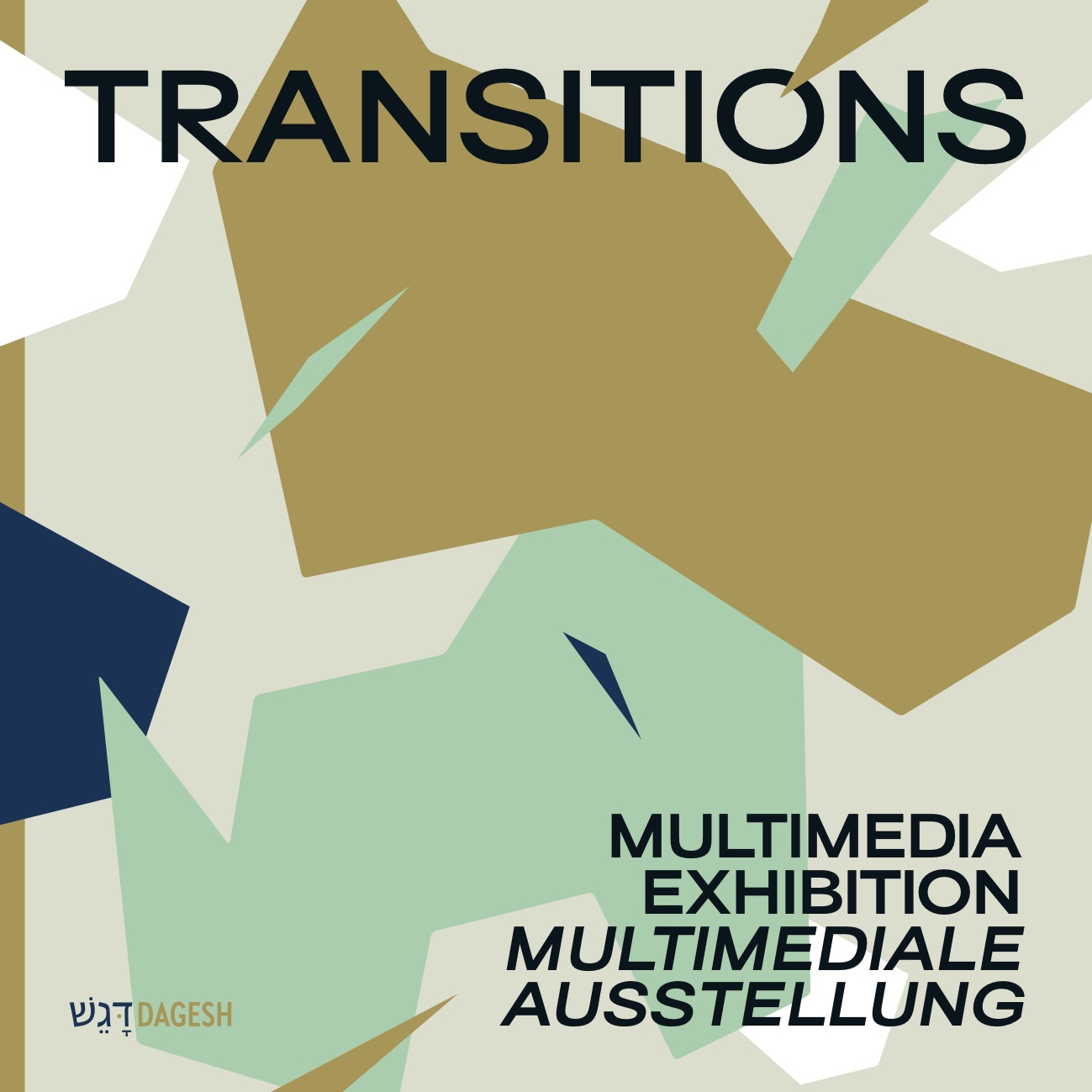 In August 2021, Asylum Arts and DAGESH presented the multimedia art exhibition >>TRANSITIONS<<, as a part of a larger festival by that name that took place August 18-20. Over 15 Jewish artists from Europe and the American continent contributed media based artworks ranging from video, sound art, text composition, to other forms of visual and digital arts. The works tried to navigate the transitional space we continuously experience and was heightened over the past two years, using Jewish thought in its widest sense to offer new ways of connectivity and exchange.

In this feature, we’re highlighting projects by Asylum alumni that participated in >>TRANSITIONS<<.

Liliana Farber presented ​​timeprotocol.net – a web application that displays local time according to Halacha, instead of following UTC standards. The Halachic Hour, or Relative Hour, is the way to calculate time according to Jewish law. In this protocol, each day and each night are divided into 12 hours with no fixed reference point; their length shifts depending on the duration of each day’s daylight.

Eduard Freudmann’s Vigil of Disgrace – Schandwache, is a video that documents the artistic intervention of a group of artists (including Freudmann) that graffitied the word SCHANDE – Disgrace, to the monument to the antisemitic politician Karl Lueger in Vienna, and the events that unfolded following their actions.

Sophia Sobko is a part of Krivoy Kolektiv, together with Aravah Berman-Mirkin and Irina Zadov. For »TRANSITIONS«, they presented Chai Mikveh, reimagining the Jewish practice of mikveh to raise tea-drinking to the level of the sacred and releasing the mikveh from its patriarchal history, instead welcoming in a rebirth that is unapologetically queer, Jewish and Soviet, and The Four Mitzvot of the Queer, Soviet Jewish Diaspora, that reinvents the платок (platok, headscarf), once a traditional Russian headdress for married women to adorn themselves with visions of joyful and creative collective liberation.

Nicolás Melmann’s Spread, explores the intersections between history, geography and sound through the Jewish diaspora, creating a sound cartography and a narrative musical composition inspired by the aesthetics of the Hörspiel (radio play). As a documentary, educational and artistic project, it can take the shape of a sound archive, installation or musical performance.

Forgiveness is a collaborative work between Aaron Samuels, a Black and Jewish poet based in Los Angeles, California, and Carlos Metta, a Mexico City-based Sephardic Jewish musician and composer. The piece is a multi-genre blend that connects the lyrical and musical traditions of spoken word, Argentinian string, Black American gospel, and the social qualities of revolutionary chants. Forgiveness explores the transitional spiritual space that we enter on Kol Nidre. This piece interrogates the Jewish community’s collective atonement journey, as we grapple with the Covid-19 pandemic and the pandemic of racism that were intertwined and hyper-present in the year 5780. Forgiveness invites the listener to question their own processes of atonement and forgiveness.

In Tamara Micner’s Old Friends, she reaches across time and space towards her favourite Jewish musicians: Simon & Garfunkel. The piece is a series of five letters, written and read by Micner, and layered with music from their 1968 album ‘Bookends’ – released the day before Martin Luther King, Jr.’s assassination, another important moment of resistance and racial justice.

Intersectional Commemoration Club Risograph Reader 1# is a collection of responses to an open call launched by Nina Prader’s publishing label “Lady Liberty Press,” during lockdowns. The reader functions as an exhibition within an exhibition, featuring many artists, educators and activists. For >>TRANSITIONS<<, the print reader is also available as a digital reader with additional mediation.

Oree Holban and Elianna Renner created The Talking Bush, a film project is a reinvention of an obscure scenery in which the biblical burning bush is the main protagonist on an unpredictable landscape in Jaffa/Tel Aviv. The Bush symbolically represents a talisman or a medium and sends us constant wise reminders for this and that. It reflects cycles of joy and sadness, solitude and community, disruption and harmony in a surrealistic way. Although the bush is seen as a beacon of hope, it raises more questions than answers.

Hadas Tapouchi’s Memory Practice directs our attention to the banality of evil. Power becomes ingrained in the history of a place through a process of normalization. The project offers a critical reflection on this process by reflecting on memorials and monuments.

Daniel Terna’s Fred is a series of image sequences that he began making during the 2020 quarantine. After New York’s shelter-in-place order was implemented in March 2020, Daniel photographed his Czech father, Fred—then a 96 year-old Holocaust survivor of Terezin, Auschwitz, and Dachau, and his mother, who works in a hospital. In >>TRANSITIONS<<, Daniel showed two images which were made nearly a year later, when his father received his second vaccine shot in February 2021.