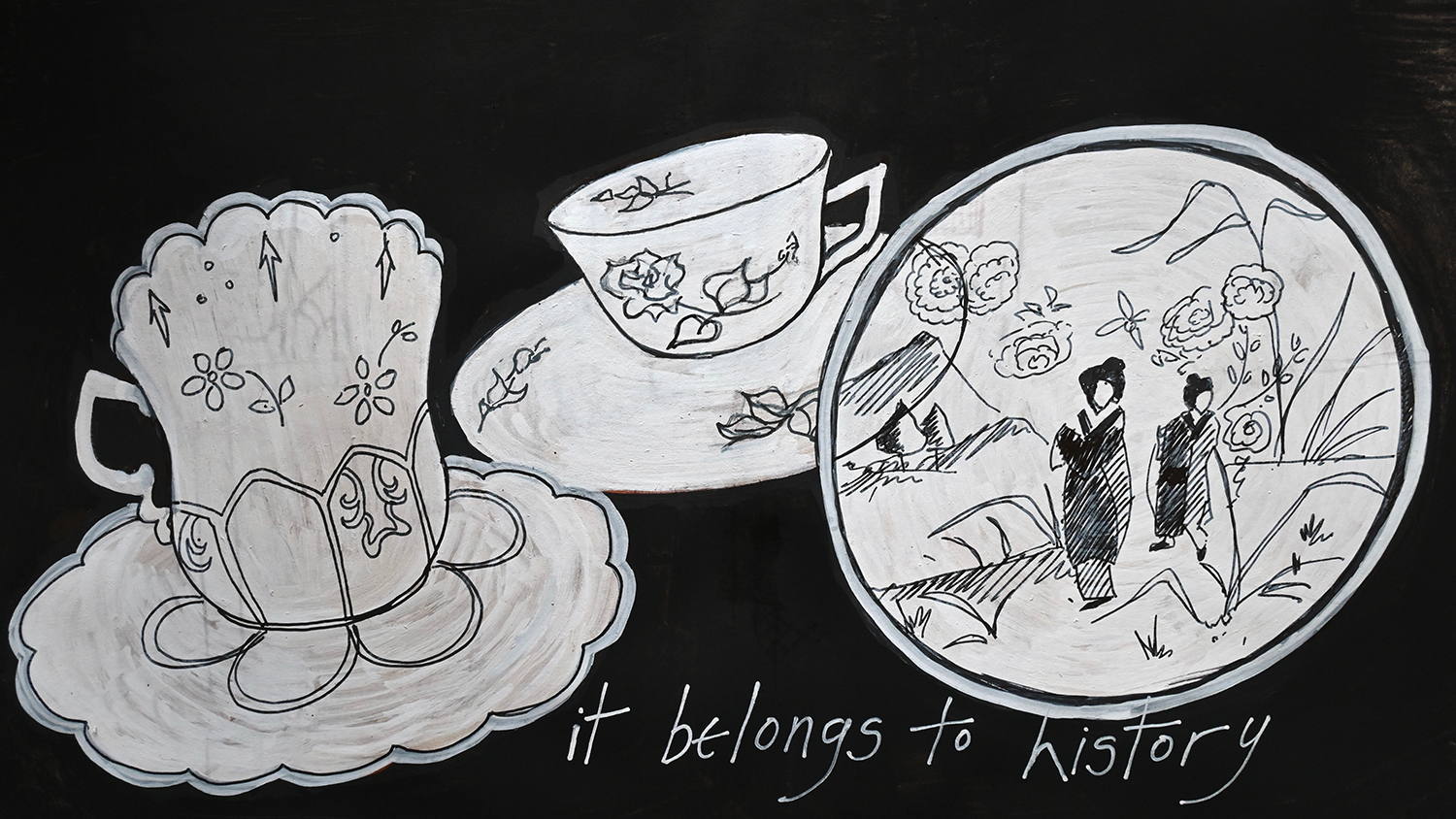 In this feature, Asylum’s friend and collaborator Juliet Simmons is asking us to think about what we have in common with refugees around the world today and in the past, a process that she undertook and that led her to create What Would You Bring? an online exhibition telling the stories of refugees with a focus on the items they bring with them from home on their journeys.

What Would You Bring? goes live on World Refugee Day, June 20, and features Asylum alumni Jacqueline Nicholls, Sophie Herxheimer and Avishai Mekonen among the participating artists.

Before the pandemic, I used to volunteer at a centre for refugees and asylum seekers. I made cups of tea and handed out sandwiches. One week a friend who also volunteered told me that she came because her grandfather had been a refugee and she felt like it was just luck that she was making the tea and not drinking it. My grandfather was a refugee too. I felt the same.

Sometimes, if it wasn’t too busy, I’d chat with the people we were helping. As we sat together, they’d tell me how they made tea in their country, how having just the right amount of sugar or a bit of mint in the sweet liquid reminded them of home. They’d recall how some of their most precious belongings were things that we might have thought of as being inconsequential. Those conversations made me curious.  I began to wonder if there was more that connected those refugees with my grandfather than just luck. Perhaps there were also real things – objects – that connected them too.

My grandfather died before I was born so I couldn’t ask him what he brought with him when he travelled from Vienna to the UK in the 1930s. Instead, I began to research what refugees had brought from different countries at different times. In 2019, with the support of the Jewish arts and culture nonprofit Reboot, I began to explore the YIVO archives in New York. I was presented with piles of boxes filled with teddy bears and dolls, china and books, clothes and more. I began to see that the things that people brought with them before I was born were similar to the things that the drop in centre refugees had told me about and I began to see that no matter where people travelled from or to or when they did so, the objects that reminded them of home were similar.

That led me to work with Reboot to create a project we’ve titled, What Would You Bring? It is an online exhibit of refugee stories told from the perspective of the things people brought with them on their journey.

Whilst producing What Would You Bring?, we’ve spoken to many refugees who have generously shared their stories with us – and we’ve worked with an amazing group of artists who have beautifully brought those stories – and the objects – to life. Each story shares memories not only of what was brought, but also of what was left behind.  Together the stories show just how connected we all are. The box I most clearly remember opening in the YIVO reading room was one that contained a teddy bear. There was a tag around its neck telling me that it had come to the USA from a Displaced Person’s camp in 1947. I had no idea who it belonged to — all I knew was that it was precious to the person who brought it. I imagined that my grandmother had probably had a similar bear when she was a child and thought of my own toys too. One of the stories that we feature is John Hajdu’s.   John’s story is quite remarkable – he survived Nazi occupation and a communist revolution escaping to the UK – and his teddy bear was the one constant in his life. His bear was not my YIVO bear – and yet I felt that they were connected, as both bears mattered so much to the people that owned them.

What Would You Bring? connects us with refugees – whenever they travelled and wherever they travelled from and to – telling their stories through the lens of the objects that they bring with them. We live in a time of consumerism, a time where we all have so much stuff. But imagine if you had to suddenly leave – what would you grab and take with you? It might be photos, or a toy, a piece of jewellery – or even a cup that you could use every time you made a cup of tea. I’d guess that whatever you might choose may be the same thing that a refugee might choose today or might have chosen in the past.  And that’s because those things matter to us as human beings – regardless of whether we are refugees or not.

I don’t know what my grandfather brought with him when he came from Vienna to the UK but this project can help us all discover what other grandfathers, parents, friends brought with them and allow us to share their objects and their stories. It can show that the objects we care about are objects that connect us – and that we may all have more in common than we initially thought we did. What Would You Bring?  launches on World Refugee Day, June 20th.

Juliet Simons is a Creative Producer with a background in marketing and event production.  Based in London she has worked with blue-chip clients around the world and now works across the creative industries with arts organisations and not for profits to help them make good things happen.   She has created and co-produced this project with US-based non profit Reboot and its Managing Director Noam Dromi.

For the project, illustrator Lisa Brown created a downloadable drawing of an empty suitcase, inviting online audiences to fill it with images, photographs and words of their own which describe what their families brought with them – and to imagine what each of us might bring if we were forced to leave our home and resettle in a new place. Go to whatwouldyoubring.com to learn more.